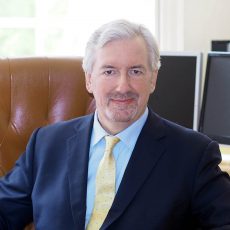 Andrew Waugh has a general intellectual property practice embracing patents, supplementary protection certificates, copyright and designs, confidential information and inter-related aspects of EC law. His background has led to a particular emphasis on chemical, pharmaceutical and bio-technical/genetic engineering matters as well as a broader commercial practice, including arbitrations involving a significant scientific/technical content.

Andrew Waugh co-edits the leading text on the Law of Patents and is Vice Chair of the Intellectual Bar Association.

Some of the technologies which he has considered in the course of contested patent litigation in the High Court (and the Court of Appeal and House of Lords) include:

Cases in which Andrew Waugh has appeared up to and including Oral Proceedings before the EPO include:

“Intellectual Property Silk of the Year”

“Intellectual Property Silk of the Year”

“Intellectual Property Silk of the Year 2013”

“Just brains, brains and more brain” … “incredibly hard working, incredibly thorough and, my god, is he well prepared…a high energy advocate with a forceful style in the courtroom.”
“Tenacious and detail-orientated advocate with a strong reputation of patent litigation in the biotechnology field.”

“Very commercial and very tenacious, he’s good on his feet and drills into the points.” “An excellent QC for technically complex cases – he takes a very thorough approach.”

“He’s pretty much at the top of the pile for big and important patent litigation.”