Judgment in FibroGen and Astellas

FibroGen’s Patents related to the use of a known class of products – namely, HIF prolyl hydroxylase inhibitors (“HIF-PHIs”) – in the treatment of anaemias. The Family A patents were for use in the treatment of the anaemia of chronic kidney disease (“CKD”); the Family B patents were directed to beneficial effects on iron metabolism, and the use in treating various anaemic patient subgroups. The claims in issue were medical use claims, limited both by structure and function.

Akebia ran a classical obviousness attack against Claim 17A  (in Family A) that the use of a specific compound in the treatment of anaemia of CKD was obvious over Epstein, the cited prior art. This attack ultimately failed: Arnold LJ found that the skilled person would not have arrived at that particular compound without invention.

However, Arnold LJ found the Family B patents obvious over Family A. In summary, he found that clinicians who used HIF-PHIs to treat patients with the anaemia of CKD would inevitably have ended up treating patients with the Family B indications or, alternatively, such would have been obvious to try. Arnold LJ gave FibroGen permission to appeal these findings.

On sufficiency of both Family A and Family B, Arnold LJ found himself bound by the Court of Appeal’s judgment in Idenix v Gilead [2016] EWCA Civ 1089 to conclude that the functional limitations did not save the claims from plausibility-type insufficiency. He again gave permission to appeal these findings.

Astellas, FibroGen’s exclusive licensee under the Patents, alleged infringement by Akebia’s product, vadadustat. As well as literal infringement of certain claims,  Astellas alleged infringement on the basis of equivalence of the specific product in Claim 17A. Arnold LJ rejected this argument, finding  that vadadustat did not achieve substantially the same result as the product of Claim 17A in substantially the same way (Actavis Q1) and that strict compliance with the structure of that compound was intended (Actavis Q3).

Astellas also ran a quia timet case of indirect infringement in respect of the purpose-limited EPC 2000 claims in the Family B Patents. While the proposed marketing authorisation for vadadustat sought by Akebia is limited to anaemia of CKD (i.e. the Family A indication), it was argued that clinicians may in future prescribe off-label for the Family B indications. Arnold LJ found that that such off-label use was unlikely on the current evidence: vadadustat is still in clinical trials, and clinicians would be cautious before prescribing a new drug off-label.

A copy of the judgment can be found here: 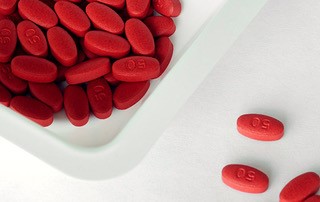