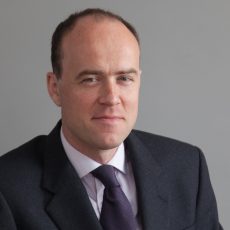 Tim practises in all aspects of intellectual property law, with a particular focus on patents, trade marks and confidential information. He has worked on cases across many sectors, most notably in healthcare, life sciences, industrials and financial services.

Tim is a tough and persuasive advocate, and an analytical and rigorous junior barrister. He regularly appears before the Intellectual Property Enterprise Court and the High Court, both led and unled, has appeared several times before the Court of Appeal in Warner-Lambert v Actavis (twice), Actavis v Eli Lilly and One Money Mail v Ria Financial Services, and is currently involved in pending Supreme Court proceedings in Warner-Lambert v Actavis.

Tim was originally a solicitor at Allen & Overy where he qualified in 2007, and later went on secondment to the patent litigation department of Fenwick & West in California. His experience of US patent litigation included siRNA (small interfering RNA) gene silencing, laryngeal masks and smart card technology. At Allen & Overy, Tim acted for Warner-Lambert in the well-known Atorvastatin patent litigation, for Novartis in the Lucentis litigation against MedImmune’s phage display patents, for Research in Motion in relation to mobile email synchronisation patents, for Honda in several cases in relation to their trade marks and registered designs, and for BSkyB in relation to copyright in foreign decoder cards.

After five years’ experience as a solicitor, Tim was called to the Bar in 2012 and began practice at Three New Square. In addition to Court trials and inquiries, Tim is able to assist with mediations, hearings before the UK Intellectual Property Office (patents and trade marks) and proceedings before the European Patent Office. A selection of Tim’s current and past cases as a barrister are shown below.

Amgen Inc v Accord Healthcare (HP-2017-000024)
Acting (led by Andrew Waugh QC) in patent litigation in relation to cinacalcet, a blockbuster medicine for the treatment of secondary hyperparathyroidism and hypercalcaemia.

GlaxoSmithKline v Wyeth ([2017] EWHC 91 (Pat)
Acted (led by Tom Mitcheson QC) in an application in an inquiry as to damages and account of profits as to the basis on which relief would be assessed.

Warner-Lambert v Sandoz ([2016] EWHC 3317)
Acted (led by Richard Miller QC) in interim injunction proceedings against Sandoz in relation to the patent for new uses of pregabalin.

Lupin v Gilead Science ([2016] EWHC 2422 (Pat))
Acted (unled) in a hearing of an application for summary judgment in relation to the well-known Gilead combination SPC.

Warner-Lambert v Actavis Group ([2015] EWHC 72, [2015] RPC 25, [2016] RPC 3, [2017] RPC 1)
Acting (led by Justin Turner QC, Charlotte May QC, Tom Mitcheson QC and Richard Miller QC) in high profile patent litigation on the hot topic of infringement of second medical use claims to new uses of pregabalin. Acted in interim injunction proceedings before the High Court and the Court of Appeal, and then junior at trial and again before the Court of Appeal. Pending before the Supreme Court.

Actavis Group v Eli Lilly ([2012] EWHC 3316 (Pat))
Acting in the high profile pemetrexed litigation in a challenge to the jurisdiction of the English Courts to hear a claim for a declaration of non-infringement of foreign patents, and latterly in interim injunction proceedings before the Court of Appeal in relation to the Spanish patent.

MedImmune v Novartis Pharmaceuticals UK ([2012] FSR 23, [2013] RPC 27)
Acted (as a solicitor) in the litigation of MedImmune’s (formerly Cambridge Antibody Technology’s) phage display screening patents and succeeded in invalidating the patents and clearing the way for ranibizumab (Lucentis), a VEGF antibody.

Trade Marks and Passing Off

Yellow Van London v John Driver ([2014] EWHC 3094 (Ch))
Obtained an order for committal for contempt of court on the part of the defendant.

Martin Coward v Phaestos Limited ([2013] EWHC 1292)
Acted (led by Michael Bloch QC) for Martin Coward in a dispute as to the ownership of hedge fund technology, misuse of confidential information and copyright and database right infringement.

Blue Power v ENI (HC-2016-001872)
Acting in a dispute for breach of confidence in relation to gas transport technology.

Martin Coward v Phaestos Limited ([2013] EWHC 1292)
Acted (led by Michael Bloch QC) for Martin Coward in a dispute as to the ownership of hedge fund technology, misuse of confidential information and copyright and database right infringement.

Beifa v OHIM (Schwan-Stabilo) (T-148/08)
Acted (as a solicitor) in proceedings before General Court as to registrability of community designs, and whether novel in light of earlier trade marks.

One Money Mail v Ria Financial Services (A10CL003 and [2015] EWCA Civ 1084)
Acted for Ria Financial in this case concerning exclusive agency agreements and inducing breach of contract. Having appeared unled at trial over 4 days, Tim was led by Joanna Smith QC before the Court of Appeal.

VLM Holdings v Ravensworth Digital Services ([2014] FSR 9)
Acted (with Douglas Campbell) in a claim concerning the termination of a copyright sub-licence when the head licence is terminated.

Tim is a keen footballer and plays in the Amateur Football Combination league. He has also appeared on several television quiz shows.