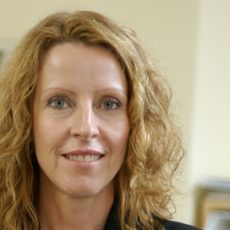 Katrina Howard read and practised at the Melbourne bar, before moving to the Sydney bar in 1993. She was appointed senior counsel in 2006. She was head of Wardell Chambers, level 15, from 2006 until she moved to Selborne Chambers, Level 9, in 2011. In 2008, she was called to the Bar of England and Wales and is a door tenant at Three New Square, Intellectual Property Chambers, London.

Katrina Howard specialises in the field of intellectual property, especially patents. Most of her patent related work has been in the biological sciences including pharmaceuticals and biotechnology. She has acted in most of the major cases in these areas in the last twenty years in Australia, listed below. Many of these cases have been part of multinational litigation, parallel to cases conducted in the UK and USA. More recently, she has acted for Samsung in its battle against Apple over smartphone technology.

She has a Bachelor of Science with Honours (pharmacology) (First Class), Monash University (Melbourne) and a Bachelor of Law with Honours (Class IIa), Melbourne University. She is the author of Designs Law in CCH Industrial and Intellectual Property Reporter and has given numerous presentations at local, national and international conferences, and has published several articles in her areas of interest.

In 2012, Katrina Howard was voted best female lawyer (intellectual property) in Australia, in Doyle’s Guide to the Australian Legal Profession.

APPEARANCES BEFORE THE AUSTRALIAN PATENT OFFICE IN MANY CASES, INCLUDING:

Others Areas of Interest

Cases relating to injuries allegedly caused as a result of exposure to radiation. She has appeared in various cases alleging personal injury as a result of exposure to extremely low frequency radiation from high voltage power lines, and appeared on behalf of the Electrical Supply Association of Australia (representing all electrical utilities in Australia) in the Government Inquiry into Community Needs and High Voltage Transmission Line Development conducted in 1991.