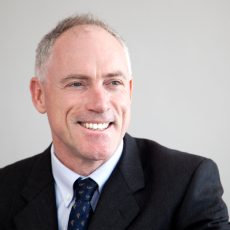 In Court Douglas understands which points appeal to judges and which don’t, so his clients always have an edge. He is a fighter when he needs to be and a first class cross-examiner.  Out of Court, he is a good team player with a sense of humour. He is highly rated for his inclusive style, and his willingness to educate and motivate the more junior people on the team.

Douglas is a Deputy High Court Judge, and mainly sits in the Intellectual Property Enterprise Court, or IPEC (appointed February 2015). He is also a Civil Recorder (appointed October 2010), where he sits mainly in the Central London County Court Chancery List; and a Crime Recorder on the South Eastern Circuit (appointed December 2014; further authorised to hear appeals in the Crown Court in May 2021).

He was a member of the Attorney General’s Panel of Junior Counsel to the Crown from 2010-2015 and acted for and/or advised many Government departments including the UK Intellectual Property Office (UKIPO), the Ministry of Justice, the Home Office, HMRC, the Treasury, and the Cabinet Office. He has acted as an expert witness on UK intellectual property law in US District Court proceedings in the Southern District of New York.  He is an in-demand speaker at major national and international IP conferences. For instance in January 2022 he presented 2 sessions on “Developments in Global Patent Law” to panellists from Singapore, Hong Kong, Australia, New Zealand, EUIPO, and WIPO as part of a seminar arranged by the Intellectual Property Office of Singapore.

He is the Deputy Editor of Terrell on the Law of Patents, now in its 19th edition as the leading practitioner text on UK patent law.

A full list of Douglas’ previous cases can be found on his downloadable CV.

Legal500, IT    Douglas Campbell QC – Three New Square ‘ Douglas is extremely capable and experienced. He is good with clients, skilled at preparing concise and comprehensive documents and also an excellent advocate. Douglas is a pleasure to work with and is passionate about getting the right results for clients. ’

A tenacious, talented and quick-witted silk who receives plaudits for his courtroom advocacy and can be relied upon to help protect the intellectual property interests of SMEs. He stands out for his capabilities acting in patent, design right and trade mark infringement disputes. He is also noted for his experience handling proceedings in the IPEC, the Court of Appeal and the Supreme Court.

Strengths: “His case strategy development and his ability to win difficult cases is fantastic. He is an extremely gifted, articulate and robust cross-examiner.” “He gives extremely clear advice and has a fantastic mind.” “He is a great advocate who is capable of running complicated arguments.”

His skill in IP and copyright issues feeds effectively into an IT practice that covers software and hardware disputes, including those involving consumer and professional products, digital media players and automotive technology. He is an experienced adviser in cases involving gaming companies.

Strengths: “What I like about him in particular is his highly commercial and pragmatic approach to cases.” “A pleasure to work with and passionate about getting the right results for his clients.“

Legal 500, IP, 2020: ‘A very hard worker and brilliant trial advocate, who is good with judges and excellent for cross-examination.’

Legal 500, IT, 2020: ‘A very strong barrister that I would recommend highly. Adept at cross-examination, interesting, a font of knowledge, and runs rings around the opposition.’

“He is an absolute master of IP and is incredibly bright and experienced.” “He is a first-rate litigator – passionate, persuasive and a pleasure to work with.”

Intellectual Property: “He is intelligent and quick-witted and provides effective and high-quality advice. ’”

Information Technology: “He is a class act and a strong advocate.”

Intellectual property: ‘A born litigator. He is passionate and fantastically driven – and he does not take prisoners.’

IT and telecoms (excluding regulatory): ‘An excellent orator who thinks on his feet and is able to skilfully deal with his adversaries.’

Intellectual property “He stands out for his capabilities acting in patent, design right and trade mark infringement disputes. He is also noted for his experience handling proceedings in the IPEC, the Court of Appeal and the Supreme Court.  “He works alongside our clients, is very commercial and calm and interacts well with the judges. Working with him is a pleasure.”

Information Technology “A solid advocate who is good at written work.” “He is incredibly quick and bright.”

Intellectual Property “He is exceptional on his feet. A tremendous and pugnacious advocate.” “He is a tenacious and engaging advocate who has a collaborative approach and is excellent with clients.”

IT and telecoms – ‘A user-friendly and helpful silk”.

Intellectual Property – ‘A fighter, who is good-humoured and works well as part of a team.’

IT and telecoms – “Tenacious and understanding of the bigger picture.’

“An extremely accomplished advocate who has encyclopaedic knowledge of IP law and procedure.”

“Tenacious, extremely capable and excellent at fighting the client’s position… He’s got a very accessible style, is good with clients, clearly knows his area very well and is very engaging and capable.”

“A fine reputation amongst his peers as an accomplished cross-examiner with a very sharp mind. Practises in a diverse range of areas and handles patent, copyright and trade mark cases. Expertise: “I’ve come across few others at the Bar with such an obviously fierce intellect. He’s extremely analytical.”