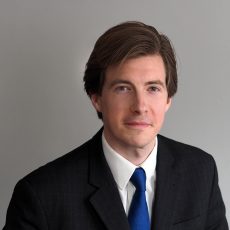 Charles’ practice is in line with Chambers’ specialisms and he has been involved in cases spanning a broad range of IP areas, including patents, copyright, trade marks, passing off and registered and unregistered national and Community designs. Charles has been involved in proceedings in IPEC, the High Court and the Court of Appeal, and has also appeared before the UKIPO in trade mark opposition and cancellation proceedings; subject matter has extended to parallel imports, competition law, jurisdiction and remedies, Norwich Pharmacal relief, customs seizures and the concept of ‘image rights’. In addition to publicly referenced cases, Charles has worked on numerous matters which have not reached court.

Optis v Apple (2021) Junior counsel in High Court application relating to US and UK confidentiality regimes and disclosure in the context of patents declared essential to telecommunications standards.

Conversant v Huawei and ZTE (2020; settled prior to appeal hearing)

Junior counsel in High Court case concerning infringement and validity of a patent relating to the remote control of electronic devices.

Dansac and Hollister v Medik (settled in 2020, shortly before trial)

Junior counsel in High Court trade mark infringement action relating to parallel importation of medical products, including strike-out/summary judgment application ([2019] EWHC 104 (Ch)) based on the recent CJEU judgment in Junek v Lohmann & Rauscher. This is believed to be the first case addressing the implications of this CJEU ruling, which affects the rights of trade mark owners and parallel importers, in particular the relevance of the ‘BMS criteria’, including the need to give notice.

Junior counsel in High Court patent dispute relating to popular multifunctional accessories for sticking to the back of smartphones.

Sole counsel in trade mark dispute (see IPO Decision O-226-19) between members of the 1980s Modern Romance pop band, concerning ownership of goodwill and the ability of respective members to register the band’s name as a trade mark.

Sole counsel in Trade mark dispute, heard in the IPO (see O-826-18) between MiniKicks and Little Kickers, both of which offer football-based activities for children.

Pupil involved in trade mark-related appeal dealing with the issues of joint tortfeasance and limitation period.

Pupil involved in trade marks case focussed on claims of dilution and tarnishment by the operator of high-end Japanese restaurants against a dog food company and its sole director and shareholder, the latter appearing as a litigant in person at trial. Unjustified threats and the scope of the own name defence were also in issue.

Pupil involved in this trial, which followed the Court of Appeal’s judgment (Fujifilm Kyowa Kirin Biologics Co Ltd v Abbvie Biotechnology Ltd [2017] EWCA Civ 1) which held that ‘Arrow declarations’ – which state that a product was not novel or was obvious in patent law – can, as a matter of principle, be granted by the courts. It was held that in the circumstances of the case, the declaration sought should be granted. The facts of this case and motivation for the declaratory relief sought were different to those in Arrow, hence case has given rise to the term ‘Fujifilm Declaration’.

Pupil involved in patent case on the validity and infringement of patents for transcatheter heart valves.

Pupil involved in patent case on the validity and infringement of a patent covering a class of HIV integrase inhibitors, with issues focussed on Markush formulae, insufficiency and plausibility.

Prior to being called to the Bar, Charles studied Biological Sciences at undergraduate level, staying on to complete a DPhil in developmental genetics under Prof. Alison Woollard. Charles’ research involved using molecular biology, comparative genomics and bioinformatics to elucidate the mechanisms of stem cell development in the nematode worm Caenorhabditis elegans.

– Brabin, C. 2018. The Nagoya Protocol: the legal framework and challenges ahead. RHS Yearbook.

‘A hard worker who is very clever and diligent, with good attention to detail.’