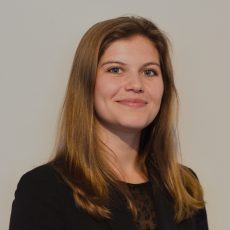 Alice joined Chambers upon completion of her pupillage in September 2019. Her practice spans all areas of intellectual property, and she has been instructed in matters involving patents, SPCs, trade marks, passing off, copyright, design rights, confidential information and a number of contractual disputes, involving parties from an array of industries.

Illumina v MGI (ongoing) – second trial in this action relating to a patent for DNA polymerases for use in DNA sequencing.

NHS EWNI v Warner-Lambert (ongoing) – acting for the NHS England, Wales and NI parties in the damages inquiry arising from the litigation over the second medical use patent for pregabalin. Preliminary issues trial on the correct counterfactual assumptions: [2021] EWHC 2182 (Ch).

Geofabrics v Fiberweb (ongoing) – patent action relating to geocomposite railway trackbed liners. Acting for Fiberweb in the damages inquiry and in its claim for a declaration of non-infringement in respect of its newer product. General form injunction stayed pending determination of the DNI: [2021] EWHC 1996 (Pat).

Glaxo v Glenmark and Celon – trade mark / passing off dispute concerning the 3D shape of Glaxo’s inhalers, including issues of validity, infringement and declarations of non-infringement, which settled shortly before trial.

As a pupil, Alice assisted her pupil supervisors and other Members of Chambers in a broad range of intellectual property disputes before the High Court, IPEC, Court of Appeal, CJEU and UKIPO and was also involved in the early stages of an arbitration.

A selection of cases contributed to during pupillage:

o Allergan v Accord and Aspire – six day pharmaceutical patent trial concerning the validity (obviousness) of a formulation patent for the ophthalmic drug bimatoprost.
o Conversant v Huawei – assisted in the early stages of this telecoms patents dispute concerning essentiality, validity, infringement and FRAND issues for multiple patents.
o Dyson v SharkNinja – preparation for the trial of this High Court trade mark / comparative advertising litigation, which settled shortly before trial.
o Eli Lilly v MSD – assisted in the early stages of this pharmaceutical patent action prior to its settlement. The case involved issues of validity (priority, novelty, obviousness, insufficiency) and infringement of a patent concerning anti-IL23 antibodies for the treatment of autoimmune diseases.
o Glaxo v Sandoz and Vectura – three week passing off trial in the High Court in relation to the colour purple on inhalers. Involved passing off by equivalence in the particular context of the pharmaceutical sector with issues around the regulatory and market conditions.
o Novartis v Dr Reddy’s – assisted in resisting this application for an interim injunction in relation to a patent for a breast cancer drug.
o Rhodia v Molycorp – resisting an appeal in the Court of Appeal against the judge’s finding on sufficiency in this case relating to a patent concerned with ceric oxides for use in vehicle exhaust catalysts.
o Sky v Skykick – CJEU preliminary reference in Luxembourg addressing the requirement of sufficient clarity and precision of a trade mark’s specification of goods and services and whether lack of an intention to use a mark at the time of application constitutes bad faith.